The Chair of Neurology at the Vinnytsia Medical Institute was established in 1935, based on regional Psychological and Neurological hostipal named after academic A.I.Yushenko. Professor V.L.Beder – the representative of the Kiev’s neurological school – became the first head of the Chair. The Chair had been closed down during The Second World War period at the time of occupation, however it was restored as soon as the city was liberated.

After the death of prof. V.L.Bederev in 1946, V.B.Polishchuk became the temporary had of the Chair and was succeeded in 1947 by the pupil of academic A.M.Grinshtein - P.M. Alperovich, PhD, who had served as a military doctor, had been the head of the neurological department at the war hospital and military neurologist. At the time, among the staff as assistants professor worked A.P.Barabash, A.I.Zabara, R.Y.Mamichev and V.B.Polishchuk. Later Mamichev and Polishchuk left the Chair and after the sudden death of A.I.Zabara in 1951, the Chair staff was reinforced by V.D.Bilik (since 1951) and Y.V.Pishel (sinc e 1954), as well as assistant professor Z.M.Pshenichnaya (1959-1966) and associate professor of the neurosurgical course Y.I.Kopyakovskyi (1963-1965). 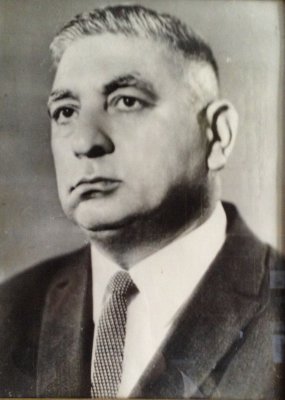 Between 1960's and 1970's, due to growing number of students, establishing of the Department of Pediatrics and the Post Graduate Department, the Chair of Neurology was joined by the new teaching staff: graduates of clinical studies – A.I. Demchuk (1966), A.G.Korniychuk (1966), T.I. Petrova (1967) and G.A.Starinets (1975) – as well as practicing doctors – Y.I.Pshuk (1971) and V.I.Burlya (1973), S.P.Moskovko (1979). In 1967 by the order of the Ukrainian Misitry of Health associate professor Y.V.Pishel was placed as a director of the Kharkov Research Institute of Neurology and Psychiatry named after Protopopov.

Associate professor V.I. Burlya was the head of neurosurgery course in the period between 1973 and 1994. In 1968 there begin to take place lectures on medical genetics and in 1979 A.G.Korniychuk became the head of the post-graduate course on neurology and reflexology also taught by G.A.Starinets and O.P.Koval.

In 1986 on the basis of this course the new Neurology and reflexology faculty was established for the Post Graduate Department. The head of the course became associate professor A.G.Korniychuk, joined by the teaching staff: associate professor G.A.Starinets, associate professor O.V.Zheliba, V.D.Kirichenko, O.P.Koval, A.N.Brodiy. Now the faculty teaches interns and is also responsible for pre-assessment training for neurologist from all around the country.

As was mentioned above, Pavel Makarovich Alperovich became the head of the Chair in 1947. After his retirement in 1977, prof. Alperovich continued to work for the Chair as a consultant till 1988.  He passed away at the age of 87, in 1995, leaving behind a great scientific legacy and remaining in the memories as a great clinical neurologist.

In 1977, Vasyliy Danilovich Bilyk became the head of the Chair at the same being the vice-chancellor (1971-1974) and chancellor (1974-1988) of the institute. From 1988 to 2005, V.D.Bilyk fully dedicated himself to the department in the neurological clinic. Laureate of the Ukrainian prize of the state (1983), academic of the International Academy of Integrative Anthropology (1992), Honored member of the Ukrainian High School (1979), Honored Citizen of Vinnytsia (1998). V.D.Bilyk passed away on 12 February 2006 after a prolonged illness. Many neurologists and other specialist in medical field have the honor to call themselves the pupils of Vasiliy Danilovich Bilyk. 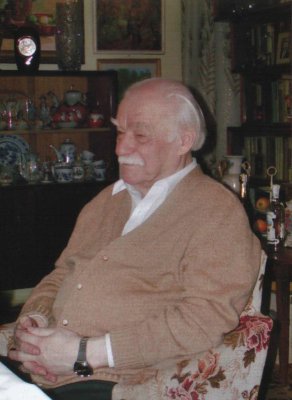 In 2005 S.P.Moskovko became the head of the Chair. 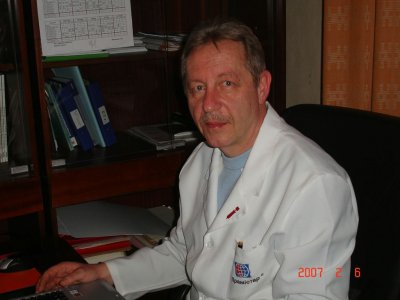 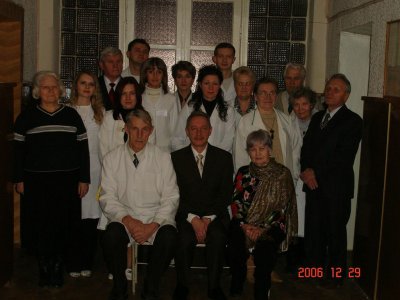 The main focus for the department is the organization and conduct of the educational process of the students. To this end, all the necessary training and methodological materials developed for teachers and students. Along with the traditional surveys test control is conducted with the use of PCs.

Due attention is paid to scientific research. In the pre-war period members of the department have been studying the symptoms of nervous system with lower limb ischemia (Beder V.L., Liechtenstein V.A.). Since 1947, when prof. Alperovich P.M. became the head of the department, research work has focused on the study of the urgent issues of the time - infectious lesions of the nervous system, neuro-oncological diseases. In subsequent years, the scientific interests of members of the department have been focused on the study of diseases of the peripheral nervous system, such as neuritis of the facial nerve, as well as diseases with involvement of the extrapyramidal system.

Studying neuroinfections primarily associated with the name of P.M. Alperovich. Working in the Far East prof. Alperovich was among the first researchers of Japanese encephalitis outbreaks, which have appeared in the Primorye Territory in 1938. On the material from these studies he wrote his PhD, and in 1946 published a monograph "Encephalitis - B". With extensive experience in the study of neuroinfections, prof. Alperovich directed the research work of employees of the department to study of the infectious lesions of the nervous system among the population Podolsky region of Ukraine, in particular, contemporary forms of epidemic (lethargic) encephalitis Economo (Alperovich P.M., Bilyk V.D., Ruda B.I.), rheumatic nervous system disorders (Bilyk V.D.), the consequences of tuberculous meningitis (Alperovich P.M., Viliher M.M.), slow neuroinfections - leucosncephalitis Van Bogart (Alperovich P.M., Bilyk V.D., Alimbek S.H., Katranov K.V., Kostovetsky M.Z.), multiple sclerosis (Korniichuk A.G., Zheliba O.V., Smolko N.N.). In-depth study of contemporary forms of epidemic (lethargic) encephalitis revealed its clinical forms, especially acute and chronic course of the disease, its treatment.

The department had issued guidelines "Diagnosis and treatment of the modern epidemic (lethargic) encephalitis", Vinnitsa, 1975 (Alperovich P.M., Bilyk V.D., Ruda B.I.). The examples of rheumatic lesions of the nervous system has been studied the most common form of it - chorea. For the first time in our country this disease has been studied bioelectrical activity of the cerebral cortex (Serkov P.M., Bilyk V.D.). In 1958, Bilyk V.D. defended his candidate's thesis: "Materials for the pathophysiology and treatment of chorea minor," which have described pathophysiological mechanisms of the main symptoms of the disease, showed the feasibility of the methodology extended sleep in the complex treatment of chorea.